What is Sans Serif Fonts?

What is sans serif fonts? Most people who work with a computer are used to reading these names (serif, sans-serif, sans…) on their font list when they are editing a text document on a word processor, or when using image edition software to add some text to a photograph. But for designers, knowing more than the font names are important.

Sans serif fonts, then, are the ones that don’t have these ornamental lines in them. They started being widely used during the 1920s Bauhaus movement. They were seen as more modern, and more informal than the usual fonts with serifs that we still see in print and screens.

Today, these sans serif fonts are used in blogs and online articles in newspapers with large bodies of text, because their legibility on-screen is really good. They are also used in small texts, titles, captions… Almost everywhere! The sans-serif fonts are classified into three or four groups (depending on if you split the last category into grotesque and neo-grotesque, or not). Let’s learn about the particularities of each one of them!

Some of the fonts with this style are News Gothic or Monotype Grotesque.

These were the first sans serif designs, found from the 19th century to the early 20th. They were solid designs, suitable for advertisements, titles, and posters. The terminals of the curves in these fonts are usually horizontal, and there’s little variation in the width of the strokes.

This was the evolution of the previous type, the grotesque. They also have limited variation, but they were more versatile and were very useful for readable bodies of text. They often feature a “folded up”-like design, where the strokes curve and end with horizontal and vertical lines.

Some of the typefaces in geometric style, there is Futura, Architype Bayer, and Gotham.

These typefaces have in common that they are designed after geometric elements, such as circles and squares. They became very popular during the 20s and the 30s because their design was perceived as modern and clean.

This style can be found in fonts like Verdana, Tahoma, Calibri… Surely sound familiar to you!

This style was inspired by traditional lettering, calligraphy, and traditional serif fonts. The earliest designs were inspired by classic letters like Roman square capitals. Their designs are more varied than the other categories.

The sans-serif font is chosen by many webs and graphic designers for printable text, body copy, and logotypes because they are very easy to read on-screen. The advantage in printing sans serif is that it stays legible even at very small sizes or in children’s books because they are easier to recognize. 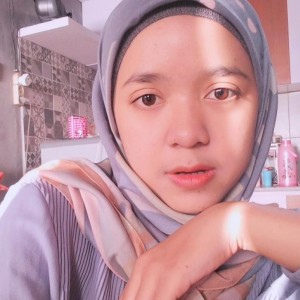 A CRM/Illustrator who addicted to hazelnut latte

How to Access Hidden Slides Through Hyperlink (STEP by STEP)

Working for a PowerPoint Design Agency, 8 Valuable Things I Learned